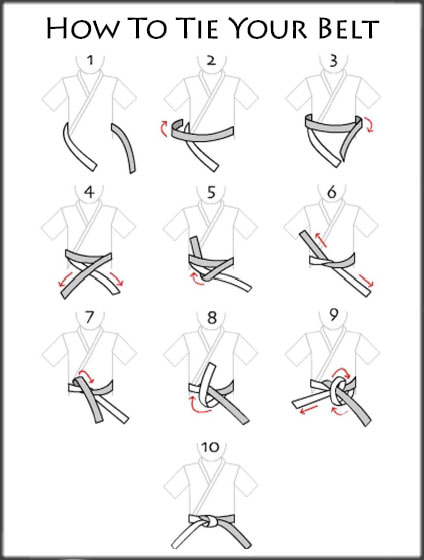 ​​REQUIREMENTS FOR YOUR FIRST GRADING

To apply for your first colour belt grading you will have been training for around 8 weeks by the time of the grading with a 75% minimum attendance record.

You also will hold, or have applied for, a full T.A.G.B licence.

You should have read the beginners pack and be able to recognise the Korean terminology used, as this will form the basis for the theory section of your grading.

You must wear the correct T.A.G.B approved WHITE Dobok for your grading and your instructor will have taken your photograph to go on your grading record card & Licence

During the grading you will be asked to perform certain Tae Kwon-Do techniques, Your instructor will have covered them many times in class, you should be familiar with all aspects of the technique, such as body position, weight distribution and orientation as well as the practical use of the techniques.

You will be asked to perform: -


There will also be a theory section covering Korean terminology, stances..

Here are some sample questions:

(These are only sample questions and reflect typical past questions and should not be expected to be the ones asked at the grading it’s self.)

You will not be put forward for ANY grading at any time unless your instructor feels you are fully capable for passing, you must feel that within yourself you are capable of passing, and above all else you must WANT to succeed.